The Story of Skeet Wootten 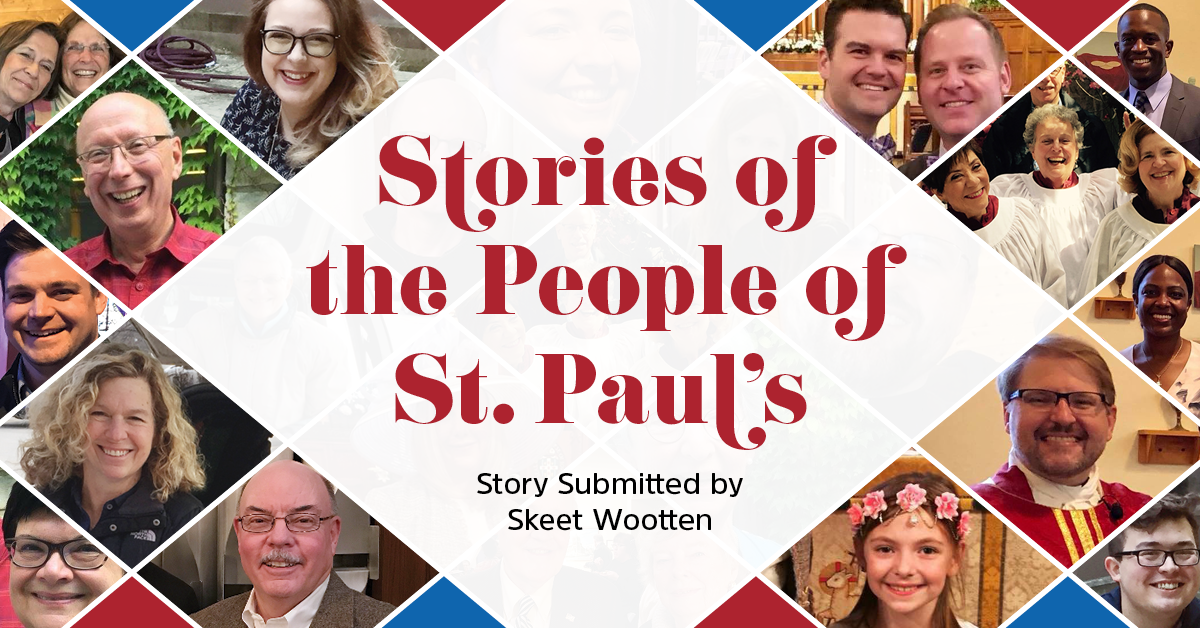 My name is Skeet Wootten, and I have the honor and privilege of serving as your Senior Warden.

My journey at St. Paul’s began in the summer of 1989 when my wife Laura, six-month-old son, and I first moved to Des Moines.  We were living downtown at the Plaza, having relocated from Dallas, Texas. Laura and I are both Episcopalians by choice. We were married in the Episcopal Church and wanted to continue our spiritual journey here.

When we moved to town, we decided to look at different churches to find our new church home.  Living downtown, we saw that St. Paul’s was downtown, and it made sense to look there first.  So we got up one Sunday morning and came to St. Paul’s, and it’s fair to say we never left.  We were greeted by a warm and welcoming group of people (having an adorable baby helps!), who made us feel at home.  There were young couples our age, some with children and some not, who we could relate to and befriend.  Truthfully, I’m not sure we would have been allowed to leave!

We became involved in the spiritual part of the church, as well as the social part.  At the time, the church had a gathering called “Singles and Doubles, a casual event with a potluck dinner. We attended the first one that we could after joining.  We met a delightful couple called Chris and Pam, who were a little older than us, but were fun and engaging.  We shared laughs; I casually told a slightly off-color joke, which was met with gregarious laughter.  A really fun evening.

However, the next day after church, I happened to notice, in the Guild Hall, a picture of a very regal man, who happened to be the Bishop of Iowa, Christopher Epting, the aforementioned “Chris” of “Chris and Pam”.  Needless to say, I’ve told that story many times about embarrassing myself in front of the Bishop!

St. Paul’s has changed markedly in the time we’ve been members.  Some people have moved, some have passed on, new people have joined and babies have been born.  Our community is different than it was in 1989, but our presence has remained.  As our Mission Statement says, “…We are committed to accepting and giving Christ’s unconditional love…” which we see our church doing every day.  And we should be proud of that.

St. Paul’s has been, and is, a very meaningful place in our lives.  My daughter was baptized here.  It has been a place where we have shed tears of joy and tears of grief.  A place where we’ve prayed and worshiped, made lifelong friends, and felt the presence of God.

As we celebrate 25 years as the Liturgical Cathedral, each of us has a connection to St. Paul’s and how it impacts our lives.  As for me, it’s now part of my soul.