The Story of Bruce Beeston 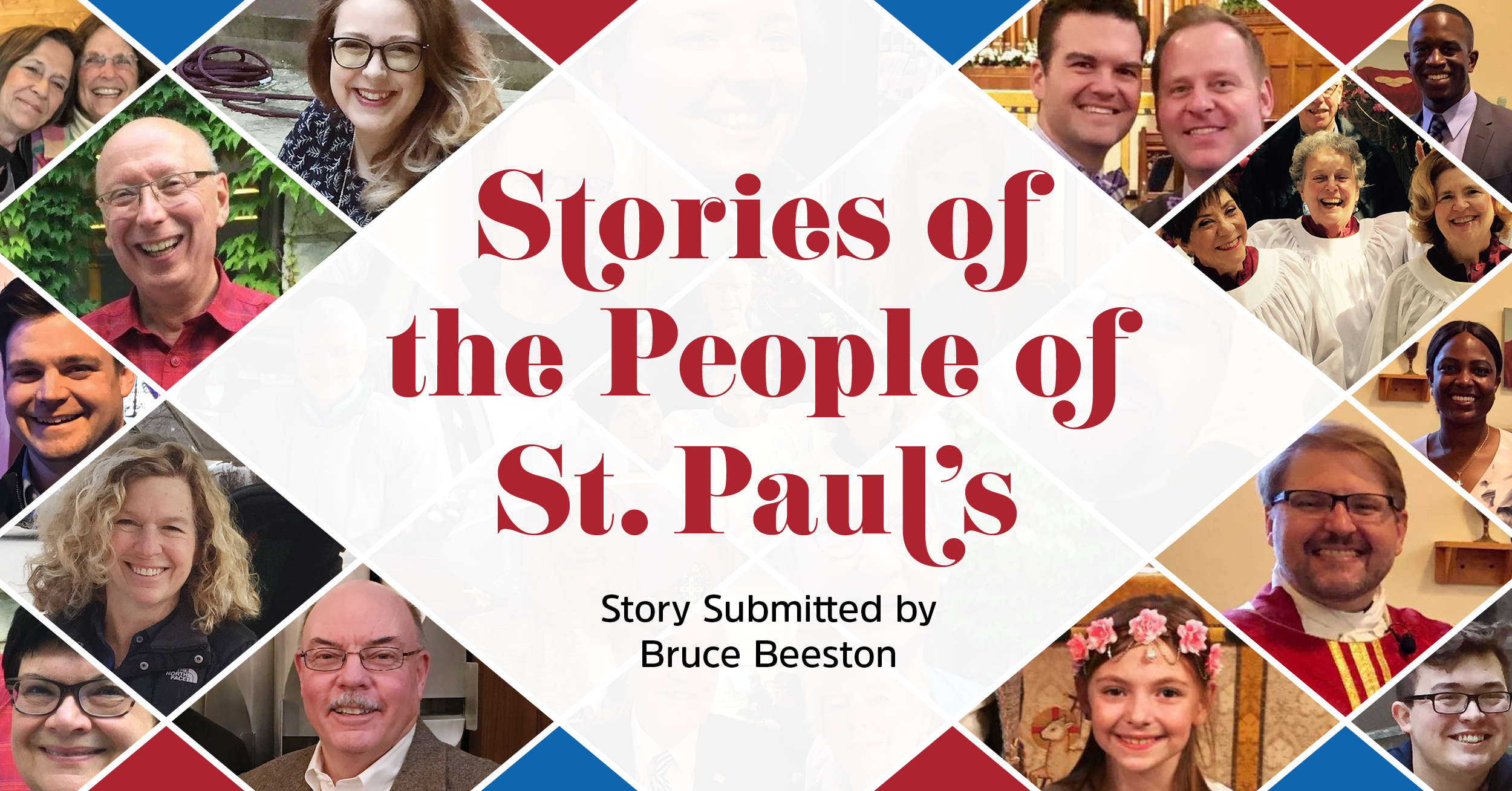 Twice I’ve come to Saint Paul’s --- the first time was as an infant. My parents bundled me up for church every Sunday to attend St. Paul’s, where my dad grew up and his parents belonged.

My grandfather immigrated to America from England in 1903 and was a college professor and pipe organ designer/builder in Des Moines.  He, and later my dad, rebuilt and serviced the original instrument at St. Paul’s and installed the replacement in 1936.

I was baptized at St. Paul’s and began my Christian education there.  When a group of nine families were asked to form the new St. Andrew’s parish in Northwest Des Moines, my family moved along with Fr. Bob Kem.

After many years, I returned to Des Moines.  Divorced and needing comfort, I found it at St. Andrew’s and became active again.  My parents and brother were there, as were some old friends.  I found what I was looking for at that moment.

Then I met Madeline.  I remained active at St. Andrew’s, and even brought Madeline to some services.

When the Rev. Sharon Mahood was installed at St. Andrew’s, we met Dean Bob and Mary Schiesler, who invited us to attend a service at St. Paul’s.  On the day the senior warden at St. Andrew’s announced that the pipe organ my family had donated, installed and serviced for 50 years, was being removed and replaced by an electric keyboard, we walked out.

My second return to St. Paul’s was the following Sunday when Madeline and I walked into the downtown church and were greeted, first by Kevin Cooney (from my old neighborhood), and then Art Wittmack, an old friend from high school.  We felt at home. We still do, 10 years later.